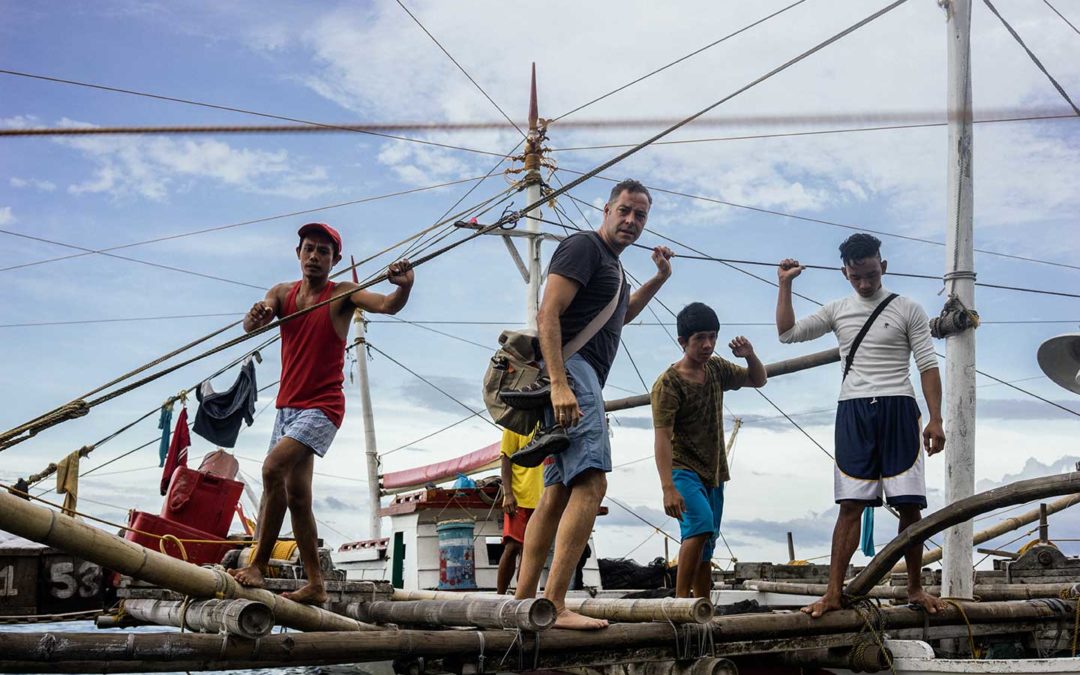 Introduce yourself with a short bio:

My name is Ian Urbina and I am an investigative reporter for The New York Times. For the past four years I have been working on a series called The Outlaw Ocean, which chronicles the various types of crimes which occur at sea around the world.

What is the Outlaw Ocean Project is about?

The Outlaw Ocean is a journalistic exploration of lawlessness at sea around the world. The project’s goal is to increase a sense of urgency by raising awareness and broadening the public’s understanding of what happens at sea, both above and below the waterline. This reporting touches on a diversity of abuses ranging from illegal and overfishing, arms trafficking at sea, human slavery, gun running, intentional dumping, murder of stowaways, thievery of ships and other topics.

Is there a connection with all of these major issues at sea?

All of these types of abuses, whether they’re human rights abuses, or environmental crimes, stem from a core problem, which is a lack of governance at sea, especially on the high seas. Specifically, there are three ways in which misbehavior happens offshore routinely and with impunity: too few rules, a lack of enforcement, and insufficient awareness of what is happening there. All of these problems are also connected in the sense that they occur with a certain tacit complicity from all of us who live on land. We all are the beneficiaries of the lawlessness on the high seas, where 90% of all the products we consume comes by way of ships, and the commercial channels are usually unbothered by the government and therefore, rules. We have been able to access impossibly cheap products that arrive to our shelves with incredible speed. 90% of everything travels by ship, 50% of our oxygen is from the ocean, and 70% of the protein we consume comes from the ocean: we are deeply dependent on the ocean.

From your experience, what would be the most efficient next steps in helping regulate the lawlessness at sea?

There needs to be more rules, more proactive enforcement of those rules and more awareness of what is happening out there in our communities.

Learn more about Ian Urbina  and his work on his website.