Let’s Be Real: Developing Self Confidence in Incarcerated Youth 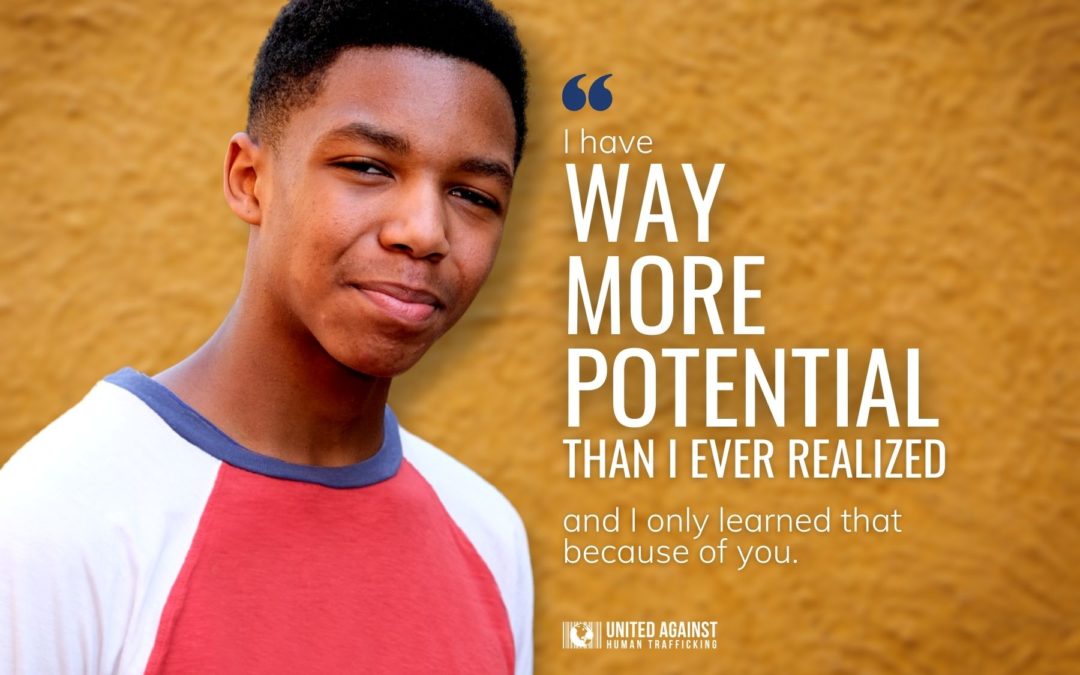 “I have way more potential than I ever realized and I only learned that because of you.”

Incarcerated youth face countless obstacles before, during, and after imprisonment that make them an easy target for human trafficking.

Breaking free from the “bad kid” mentality and developing self-confidence can pivot the trajectory of their life away from crime and exploitation and toward freedom.

Youth in Juvie Face Countless Hardships that Traffickers Can Exploit.

Many minors are incarcerated for crimes committed while trying to survive or reacting to trauma.

Youth who lack caring parents, food security, a consistent place to live or who are victims of violence don’t have the resources they need to be safe or make healthy decisions.

Homeless youth often resort to stealing food, selling drugs, or engaging in commercial sex to ensure they eat today or have a place to sleep.

Trauma responses include fight, flight, and freeze. For a teenager, these responses might manifest as getting into fights or truancy from school. These could land the teen in Juvie.

All kids in Juvenile Justice have experienced trauma.

Already without support, incarcerated youth are additionally traumatized by being incarcerated.

We mostly hear about these young people as numbers and statistics, rather than as human beings with complicated experiences and emotions. Teachers, parents, friends’ parents, judges, prospective colleges, and employers reduce them to “bad kids.”

Eventually, youth come to believe what everyone around them is saying: I am bad and unworthy of a better life. 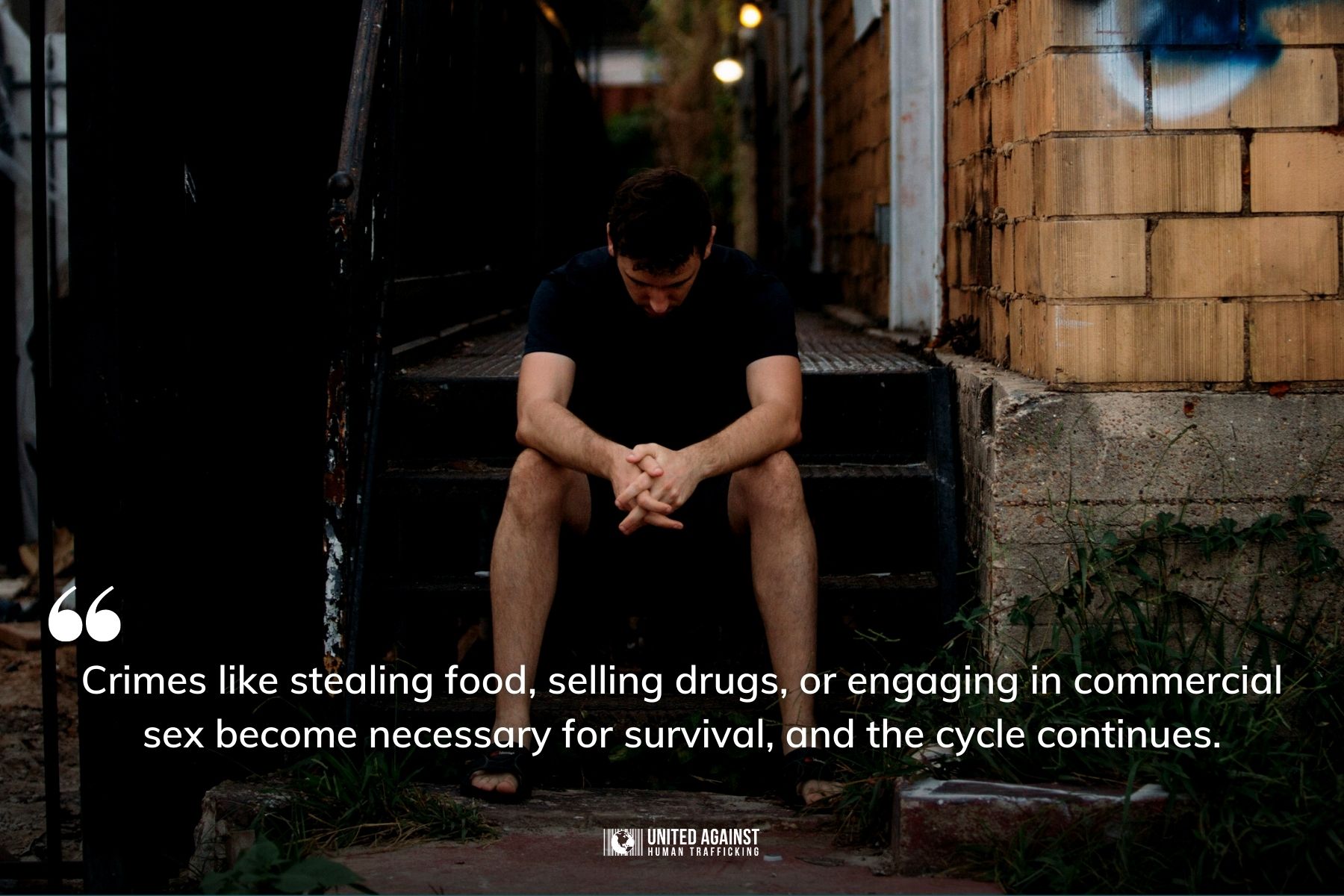 Leaving the Juvenile Justice system can be just as traumatic and challenging as entering it.

If the teen comes from an abusive family, going home can be dangerous. Without good grades, school attendance, or a reference, getting a job becomes almost impossible. They may not have the funds to pay for therapy to address their trauma.

It is likely that their basic physical, emotional, and mental needs will not be met. Crimes like stealing food, selling drugs, or engaging in commercial sex become necessary for survival, and so the cycle continues.

A person with low self-worth, unaddressed trauma, and a criminal record is easy for traffickers to prey on. 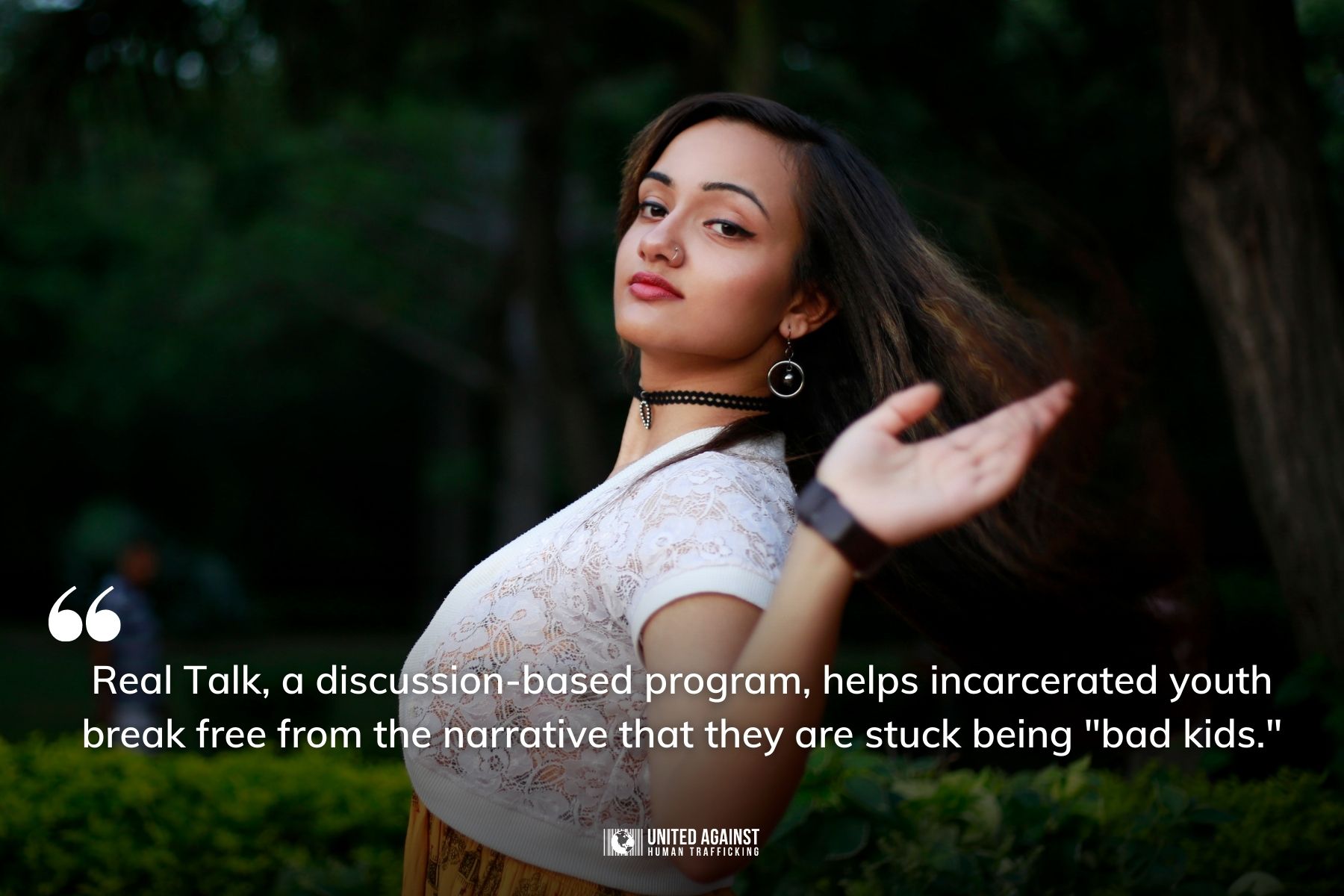 How Self-Confidence Helps & How We Help Build It

We provide a free program called Real Talk in Juvenile Justice centers. This discussion-based program helps incarcerated youth break free from the narrative that they are stuck being “bad kids.”  It allows them to acknowledge their trauma in a way that helps them build self-confidence and a better life.

One of our favorite parts of the program is the Acknowledgement Exercise. A UAHT facilitator reads a statement and everyone who relates to it raises a hand. For many, it is the first time they ever acknowledge the trauma:

This exercise helps participants connect the circumstances surrounding them to the emotions within them and the actions they make. Through Real Talk, incarcerated youth realize they have the capacity to grow and build a thriving life.

“In a lot of other group sessions, I try and just say what they want to hear. But in your trainings, I feel safe to share what’s real because I know you won’t judge me.”

So far this year, we have helped over 226 individuals address their trauma and build self-confidence through our Real Talk program! We are honored to step into the lives of youth who have been incarcerated and empower them to overcome their vulnerabilities, to stay out of exploitation, and to build a thriving life. 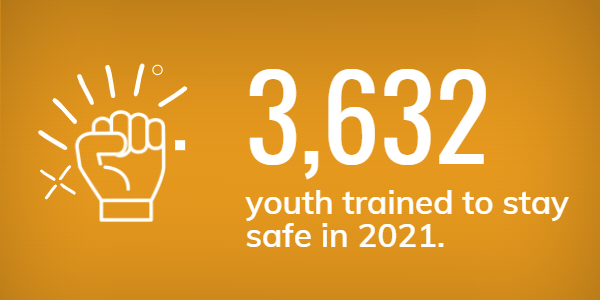 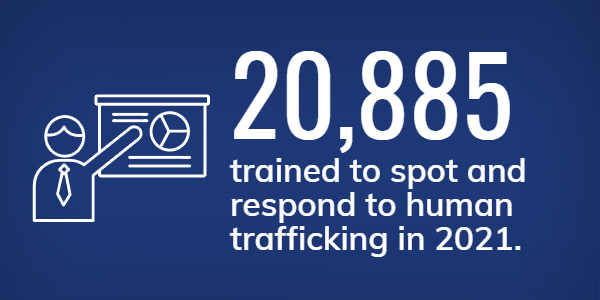 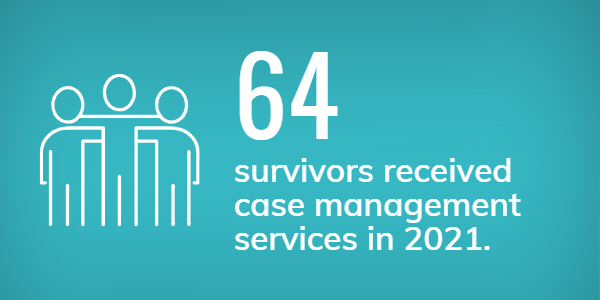 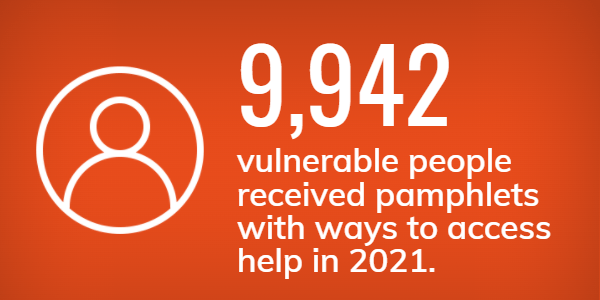 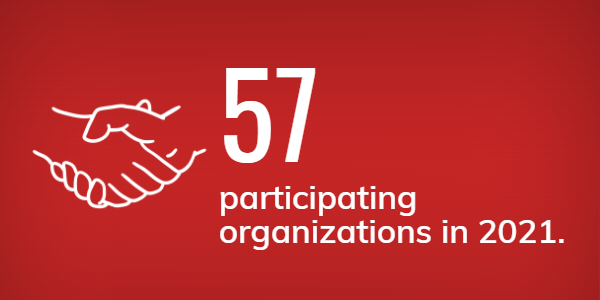