Boys: Too Tough to be Trafficked? 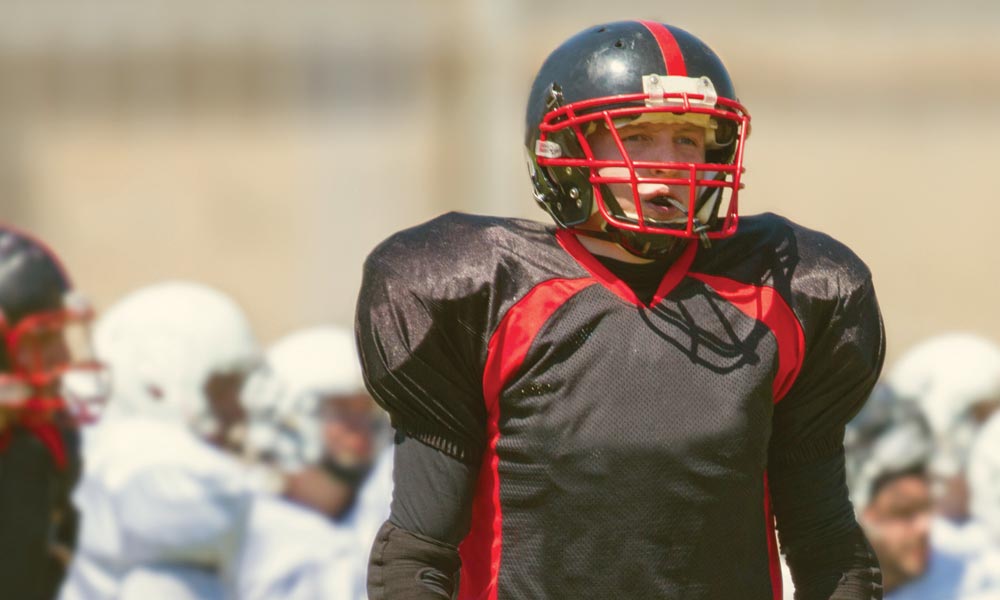 The bell rings. Moments later, a horde of boys bound into the locker room, tossing their clanking back packs in their lockers. Just outside, the goal posts anticipate the rhythmic pounding of cleats running towards them on the field.

But it has to wait- this is more important.Chatter rises as the young men pit-stop at the snack table and take seats at the circle. Centered, Taylor stands, holding 42 Real Talk graduation certificates.

For ten weeks, these guys built trust by discussing love, stereotypes, stress, and human trafficking. The chatter subsides as Taylor begins the final session. They munch on their snacks as Taylor asks, “would anyone like to share their story?”

“You all know me as a team captain, but you don’t know that when I was growing up, my dad was abusive.” A collective, but silent gasp fills the room, as tears pool in Josh’s eyes. Forty-one sets of concerned eyes halt their blinking. Josh swallows hard and a tear softly rolls down his cheek. He turns to Taylor, “you’re right, we never talk about this.”

Most boys and men are trained not to. For centuries, men have been defined by strength that is stoic and anti-emotional, making them susceptible to exploitation and preventing them from reporting when they experience abuse.

When we discuss trafficking with high school boys, many indignantly respond, “if that happened to me, I would throw hands.” They don’t believe that someone could ever take advantage of them. However, traffickers prey on distress. Unattended trauma, grief, depression, and abuse become vulnerabilities that a trafficker counts on to exploit.

When boys understand how to appropriately manage these situations, they are protected. That’s exactly what Real Talk does. It empowers teenagers to discuss what love means, what trauma does, and how stereotypes harm–to prevent manipulation.

Why won’t boys and men report?

Nearly half of trafficking victims in the United States are male, but only few report it.[i] Because of gender-stereotyping of males as strong, the shame they feel when abused can be intensely crippling. Family and friends may question their sexuality. They feel powerless and emasculated. Most will never tell anyone.

Real Talk aims to prevent exploitation and encourages boys to identify and discuss if they have been abused.

How is Real Talk different from other prevention programs?

While other prevention programs helpfully share definitions and statistics, Real Talk provides a safe space for meaningful conversations about the participants’ lives. It functions in two ways: preventing trafficking from occurring and intervening on the behalf of those in slavery. We engage with populations that have experienced trauma and are more susceptible to exploitation. Students learn how to identify their traumatic experience and the fears and emotions which accompany that event.

Therefore, it helps prevent exploitation, but it also facilitates disclosures of trafficking. Last year, 22% of participants revealed they had been trafficked. For men, who have been taught that opening up indicates weakness, these conversations alter the trajectory of their lives- like Josh’s. By speaking and naming the cause of their shame, they are liberated from the power those vulnerabilities hold over them and can take back control of their lives.

Josh experienced abuse and never told anyone for years. If he never participated in Real Talk, Josh may have suppressed the trauma and suffered from keeping it to himself. Shame and fear could have left him susceptible to a trafficker. But Josh learned that sharing is powerful, that the abuse he experienced was not his fault, and that it was not a source of shame. He learned that there are people like those at UAHT who are willing to support him and others like him.

At the end of the day, those forty-two young men proudly accept their graduation certificates. We send them back to their routine of school and football, but the air feels different as they depart knowing strength comes from self-advocacy.