How Samuel Helped Free His Friends 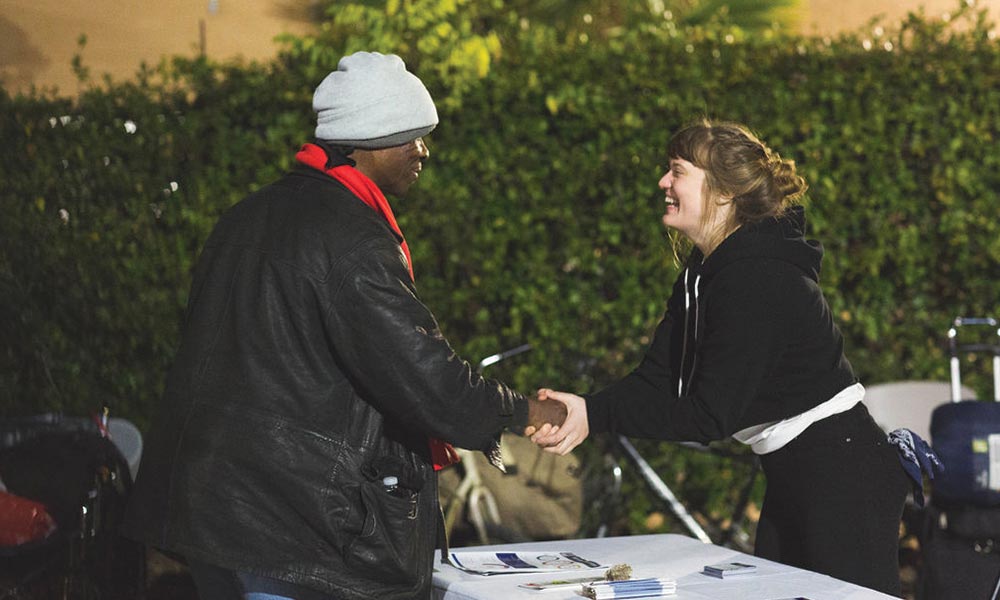 “Here they are! These are my friends that are being trafficked.” Samuel’s voice was an eager whisper, as he and two others approached us at an April street reach. We’d slowly gained trust with Samuel during his many interactions with our staff: he spoke frequently with us while we worked alongside our partners at the Beacon, Montrose Street Reach, and Loaves and Fishes. Through our consistent conversations about exploitation with Samuel and his community, he knew he could trust us. That day in April, he brought his friends to us so they could break free.

How did Samuel know his friends were victims of human trafficking?

1. He Recognized the Signs

“He ripped us off,” “He promised to pay us more.” As Samuel heard his friends Detroit and Lisa talk about the threats, beatings and manipulation they were enduring, he started to notice the signs of exploitation – signs he learned from us at street reach. As they described a job opportunity gone bad, he was reminded of the conversations he had with our Outreach team. His friends shared situations of force, fraud, and coercion – all words Samuel saw in our Resource Guide, along with a list of indicators. And he realized that all three indicators of trafficking resonated in everything they said.

Exploited and trafficked men, women, and children often experience a multitude of other social and personal pressures. The need for money, love, and support forces them into a singular focus on survival without question. All these reasons are why Detroit and Lisa couldn’t see their own exploitation: the struggle to obtain basic needs shut out the bigger picture. They were focused on finding a place to live, and how to get food and care for their child on the way. Because of their need for survival, a friend like Samuel was needed to notice the signs, and help free them from their exploitation.

A harmful myth is that trafficking victims are exclusively trapped in a physical location, such as cage or locked room. While restriction of movement does happen to trafficking victims, many are bound by psychological manipulation that allows them freedom of movement, but not freedom from abuse. A person can move freely in a physical sense, but still be trapped mentally with threats of death or harm to themselves or their family. This forces them to return again and again to their trafficker for sexual or labor trafficking. Samuel saw his friends were experiencing force, fraud, and coercion, even though they were not locked up physically. The fact they were now away from that situation didn’t minimize the trauma of the exploitation they were living.

3. He Knew We Would Help

A critical component for us to receive trafficking disclosures is for everyone to know we can help them and their friends. After months of seeing UAHT at the Beacon street reach and another homeless organizations, Samuel learned we could be relied on. Our team knows that forming relationships based in trust with people like Samuel is a vital element. Why? Because confiding in a stranger exposes vulnerabilities–for both yourself and the friends you want to help. It takes courage, belief in human nature, and resilience. Because Samuel initiated that conversation and told Detroit and Lisa we were trustworthy, they felt safe to ask for help.

We know there may be many more people who are overlooked. People who are not identified as trafficking victims, and continue to suffer. Our presence in the community enables us to foster both trust and hope, so that we can identify and help trafficked persons. We help them find a pathway towards healing and restoration, and empower these survivors to one day be advocates for freedom.